Artistry for the Athlete 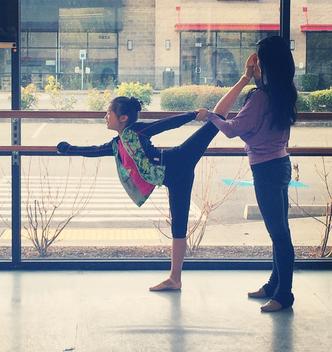 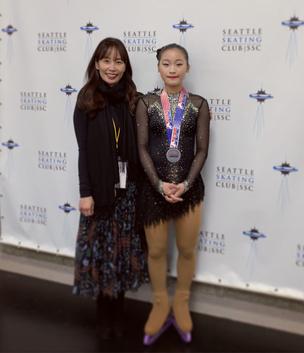 ​​Jenie Lau draws from her diverse education, performance and teaching career in dance, martial arts and educational principles, to improve the artistic and technical abilities of artistic athletes.  Artistic athletes that have trained in her program have ranged from competitive figure skaters, gymnasts, dance teams, dancers, theatre/commercial actors and more.

Jenie has worked with numerous competitive figure skaters from various skating clubs/rinks throughout WA, and works closely with their skate coaches, to develop their skaters' quality of movement through dance instruction. She is the owner/instructor of Young EduArts Studio where she teaches private lessons and group classes.  Jenie works in partnership with the skating community to provide guest instruction for skating clubs/rinks such as: Sno King Kirkland, Sno King Renton, Cascade Valley Figure Skating Club and the Tri Cities Figure Skating Club.  Alongside teaching figure skaters, Jenie enjoys learning figure skating for herself, as an adult recreational skater.

Jenie holds a Bachelor of Arts in Early Childhood Education and Family Studies through the University of Washington.  She is a professional member with the National Dance Education Organization (NDEO) and Dance Educators Association of Washington (DEAW).  Focusing on artistic athlete development, Jenie continues her education through NDEO Professional Development Institute (OPDI) & IFPA (Dance Kinesiology Specialist).

Prior to creating the Young EduArts program Jenie was an instructor in the Greater Seattle area for students of all ages and levels in classical ballet and other dance styles.  Jenie choreographed for productions such as The Nutcracker and year end recitals/performances.  As a youth & arts advocate, she created and held the position of Outreach Coordinator for the non profit Eastside Youth Dance Theatre (Issaquah Dance Theatre), to provide dance classes to students within after school care, such as at Arbor School and Apollo Elementary.  Jenie also taught and volunteered dance instruction at preschools such as Evergreen Academy and KIDSTAGE performing arts.

Simultaneously with her martial arts training, Jenie began her dance training at the age of 6, at the Tri-Cities Academy of Ballet and Music in Richland, WA.  She trained under Artistic Director Debra Rogo (former Australian Ballet) in classical ballet (Cecchetti/Vaganova), along with jazz and tap.  Jenie began attending summer intensives at the age of 11 as a scholarship student at Pacific Northwest Ballet, Oregon Ballet Theatre and also the International Ballet Competition program in Jackson, Mississippi.  Throughout her time in summer intensives, she trained in classical ballet along with character, musical theatre and modern dance with renowned instructors.  Jenie was also a competitive dancer with the Tri-Cities Academy of Ballet winning numerous awards in ballet, jazz and tap. She is a previous Spokane Music and Allied Arts Festival Junior Ballet division winner.  Alongside her training she also taught classical ballet, jazz and tap at the Tri-Cities Academy of Ballet and Music.

Jenie was a member of Mid Columbia Ballet, a Regional Honor Ballet Company of Regional Dance America - Pacific, which performed classical and contemporary repertoire.  She performed in ballets with Mid Columbia Ballet and the Tri-Cities Academy of Ballet and Music in soloist roles such as Arabian Coffee from The Nutcracker and the Genie in Aladdin and Giselle.

Jenie also was a member of the nationally ranked Eastern Washington Elite Dance Team competing at the Universal Dance Association Championships.  She also was Captain and main choreographer for the Hanford High School Dance Team.

When Jenie is not teaching her students, she enjoys spending time with her husband, son who is preparing for college, and dog, Rosie.​